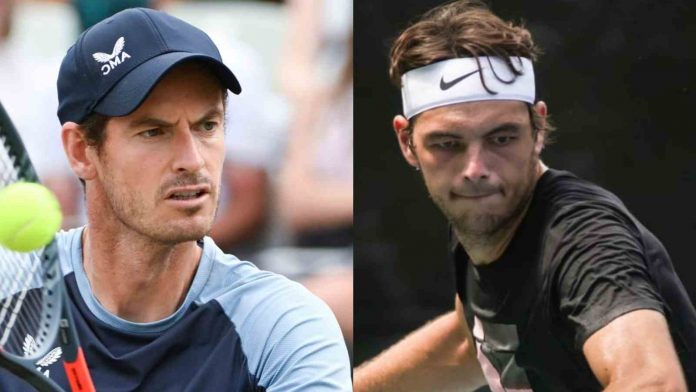 World No. 13 Taylor Fritz will square off against three-time Grand Slam champion Andy Murray in the first round of the 2022 Canadian Open.

Fritz has so far put together a great season. He made his maiden appearance in the fourth round of a Grand Slam at the Australian Open, when he was defeated by Stefanos Tsitsipas in five sets. After that, Fritz lost in the second round of the Mexican Open. After recovering, he defeated Nadal in the Indian Wells Open final to claim the biggest victory of his career. Fritz had to play a shorter clay season due to an injury, and he finished it off by losing in the second round of the French Open. He won the Eastbourne International, his second championship of the year, during the grasscourt swing. The 24-year-old advanced to Wimbledon’s quarterfinals, where he lost to Nadal, improving upon his previous Grand Slam achievement.

Andy Murray lost in the opening round of the Melbourne Summer Set to begin the year. In the second round of the Australian Open, Taro Daniel shocked the British player. Murray subsequently failed to go past the second round in any of his following five competitions. At the Madrid Open, when he advanced to the third round, he accomplished so at last. The previous World No. 1 then immediately entered the grasscourt swing. The following week in the Stuttgart Open, he lost to Matteo Berrettini in his second final of the year. Murray’s most recent match was the Citi Open. In the first round itself, Mikael Ymer eliminated him by winning in three sets.

The two have not faced off prior to this, so the head-to-head stands at 0-0.

Murray has put up some vintage performances this year despite some disappointing results. Sustaining his level over the course of a tournament, and at times, even a match. has been a challenge. The Brit is still one of the finest returners on tour and has it in him to neutralize Fritz’s serve.

Murray’s record against top 20 players stands at 2-6 this season. If Fritz is fully healthy, he should be able to fend off any challenge posed by the former World No. 1. But the Brit can never truly be counted out, and he still has the potential to eke out a victory. Based on their results, it’s the 24-year old who has the edge.

Prediction: Fritz to win in 3 sets.