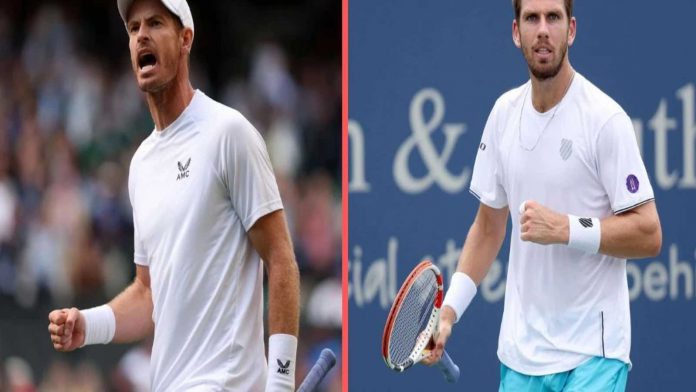 Former World No. 1 Andy Murray will face ninth seed Cameron Norrie in the second round

The 35-year-old has won 20 of his 33 games played thus far this season, making it to two finals. Murray defeated David Goffin, Reilly Opelka, Nikoloz Basilashvili, and Viktor Durasovic to go to the Sydney International championship match. In the end, he was defeated by Aslan Karatsev. At the BOSS Open in Stuttgart, where he defeated players like Stefanos Tsitsipas and Nick Kyrgios to reach his second final, Murray faced Matteo Berrettini. He fought the Italian hard, but ultimately fell short 6-4, 5-7, 6-3. Murray participated in the Western & Southern Open and advanced to the second round after defeating Stan Wawrinka in a tough match 7-6(3), 5-7, 7-5.

Norrie has won two championships and 38 out of 56 games thus far this season. The 26-year-old defeated Reilly Opelka and Alex Molcan in the championship matches of the Delray Beach Open and Lyon Open, respectively. The Wimbledon tournament was Norrie’s most remarkable performance of the year thus far. He advanced to his first Grand Slam semifinal before falling to eventual champion Novak Djokovic in four sets. Norrie lost to Felix Auger-Aliassime in the Canadian Open’s round of 16 after falling short to Daniil Medvedev in the Los Cabos Open final. The World No. 11 then competed in the Western & Southern Open as the ninth seed, and after overcoming Holger Rune 7-6(5), 4-6, 6-4, advanced to the second round.

Murray is capable of giving a tough fight to Norrie, but given the latter’s form, he should be able to come out on top and reach the last 16 of the Western & Southern Open in Cincinnati.

Prediction: Norrie to win in 3 sets