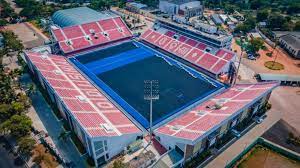 The 15th edition of the Men’s FIH Hockey World Cup, which serves as the International Hockey Federation’s four-year global championship for men’s national field hockey teams, will take place in 2023. From January 13 to January 29, 2023, it is held in India at the 20,000-seat Birsa Munda International Hockey Stadium in Rourkela and the Kalinga Stadium in Bhubaneswar.

Australia qualified directly to the quarterfinals by topping Pool A. They accumulated seven points from three games. In the first game, they defeated France by 8 goals. In the second game, they drew with the Olympic gold medalists Argentina by 3-3. At the point, both teams were four points on the table with Aussies leading with better GD. In the last pool day, Australia ripped through the South Africans by 9-2 while the Argentinians settled for a draw against the French.

On the other hand, Spain finished third in their pool stage, Pool D. They lost two games, 2-0 to India and 4-0 to England. However, they snatched a victory against the Welsh. The debuting Wales, on the other hand, lost all three matches, thus giving way for Spain to go through to cross-overs. In the cross-over, They met Malaysia. The Spanish armada defeated the Malaysians in penalties to advance to the QFs.

Reigning Champions Belgium breezed through as toppers of Pool B. They defeated the South Koreans 5-0 and Japanese by 7-1. They drew against the two-time title holders Germany 2-2. They qualified directly with seven points, same as Germany, with a goal difference of +11. They inched the Germans by 3 goals.

New Zealand defeated hosts India in the crossovers after they finished third in their pool stage. The Kiwis edged the Indians by a nail-biting sudden death.

The Dutch had a perfect pool stage. They won three of their group stage matches and qualified directly into the semi-finals. They defeated New Zealand in the first match by 4 goals and Malaysia by the same score. Subsequently, they grilled the debuting Chileans by fourteen goals and finished atop Pool C.

South Korea finished third in Pool C after losing two opening matches and winning the last. South Korea defeated Japan 2-1 in the final decider game to advance to the crossovers. At the Cross-over match, they defeated Argentina. In the 60 minutes, they drew 5-5. The shootouts saw Korea edged past Los Leonas by 3-2 margin.

England topped Pool D ahead of hosts India. They defeated Wales in their first match and drew with India in the second match. In the last pool game, they defeated Spain to advance as group toppers. The English and Indians had the same points however the former inched the latter by a goal difference of +5.

Germany lost out on the table top by mere goal difference after they and Belgium shared teh same points. As they advanced to the crossovers, they defeated France by a humiliating four goal margin and qualified for the Hockey World Cup 2023 Quarterfinals.