The SportsLiteSports at just one click!
HomeFootball11th Aug in football history: Torquay vs Portsmouth match postponed due to...
FootballForever FactsToday's in History 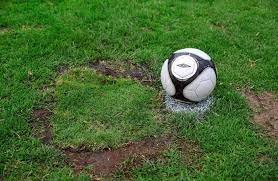 Torquay vs Portsmouth: A peculiar reason to postpone a match

But what if I told you there was a match which was postponed by the eclipse of the sun. That’s ridiculous, isn’t it?

But it is what it is.

What was the reason,?

Today, on 11th August 1991, the Worthington Cup match between Torquay vs Portsmouth was scheduled. But it was postponed due to the total eclipse of the sun.

Well, they had no issue with brightness, it would have been bright enough to play football. But the issue was they hadn’t had enough police force to control the match and the people witnessing the ellipse.

So they postponed the match and dedicated their police force to have a close look at people witnessing the ellipse.

The positive thing was the decision protected players’ eyes from the harmful rays of the sun during the ellipse, especially when the ball goes up in the air.

Thank you for reading 🙂