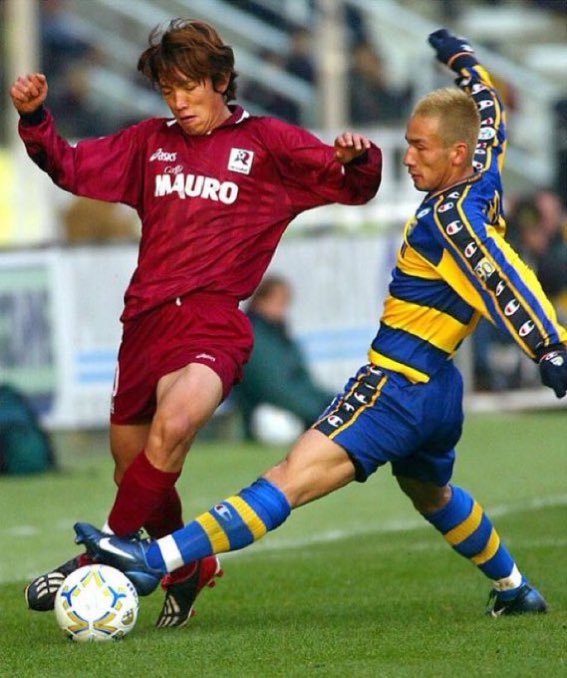 Serie A is incomplete with the inclusion of some Asian maestros. Asian countries have always provided the most technically sound players and their position awareness is unmatchable. Though not many players from Asia can break into Serie A, we have sorted out the top five Asian players with the Most Appearances in the competition.

Here are the top five Asian players with the Most Appearances in Serie A :

Nakamura, naturally an attacking midfielder, got the attention of the Italian club Reggina when he put out an amazing performance during the international match vs Honduras. He joined them in 2002 from Yokohama Marinos and has played 80 matches for the club and scored 11 times. Making him enter the fifth position in our top five.

Honda joined AC Milan on a free transfer from CSKA Moscow in 2014. He plays as an attacking midfielder and was an important player for AC Milan. He appeared for 81 matches and scored 11 times for the club. Honda also won 1x Supercoppa Italiana with this club. So this makes him get fourth place in our top five.

Morimoto joined Catania in 2017 from Tokyo Verdy. He plays as a Center-Forward and he represented the side in 86 matches and netted 15 goals. He was one of the young hot prospects in Serie A and was even compared to Brazilian legend Ronaldo. Morimoto was sold to a newly promoted club Novara after he fell down the pecking order in the main team. He joined Novara in 2011 and he has been limited to just 18 matches and scored only 4 goals. He comes at third on our list.

Nakata began his career with the Japanese side Bellmare Hiratsuka before he was signed by Perugia in 1998. Bossing the midfield he played 48 matches and scored 12 goals for the club and won 1x Coppa Italia with them. He was sold to Roma in 2000 and played only 1 season for the club appearing in 30 matches and scoring just 5 goals and also winning 1x Serie A Title in that season. Nakata was signed up by Parma the following season and since then he represented the club for 67 matches and again scoring only 5 goals. He had a loan stint at Bologna before he joined Fiorentina in 2004 and played only 20 matches. He comes in at number two on our list.

Coming from Japan, Nagatomo was bought by Cesena on loan from FC Tokyo in 2010 after they got promoted to Serie A. He played as a fullback and appeared for just 16 matches before he was sold, Nagamoto’s impressive stint at Cesena got the attention of Inter Milan as they signed him in 2011. He represented the I Nerazzurri in 170 matches scoring 9 times and also won 1x Supercoppa Italiana during his stay in Inter Milan. Yuto Nagatomo holds the record of most appearances in Serie A with 186 appearances on his name.