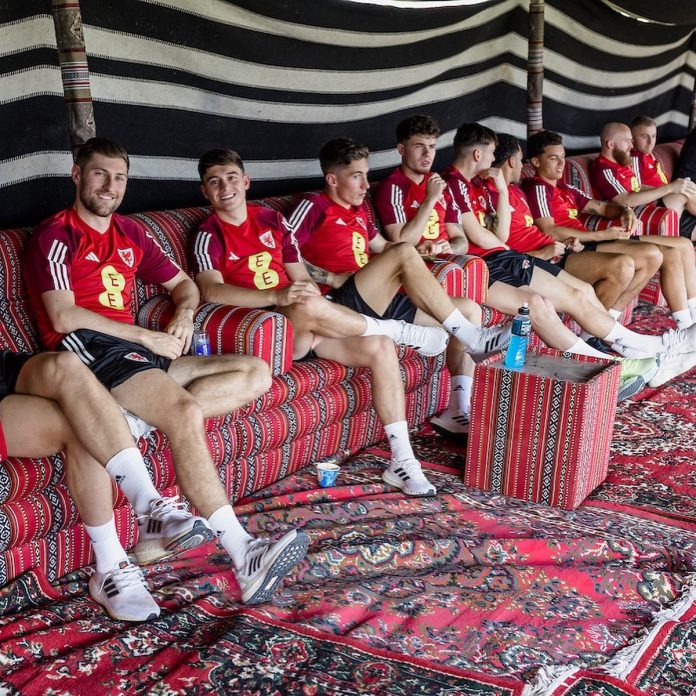 Wales or Cymru – After 64 years of absence, the quaint little part of The United Kingdom makes it back to the World Cup scenario. Gareth Bale and his men are getting the chance that Welsh legends never got.

Wales finished second in the UEFA Qualification Group Stage behind Belgium. The second-place finish allowed them to further get another chance. In the second round, they defeated Austria in the semifinals by 2-1. In the last round, they defeated Ukraine and qualified for their second World Cup entry.

Veteran players like Aaron Ramsey and Gareth Bale make up the spine of the squad. Young Talent studs the 26-men Welsh squad with youthful exuberance. Scroll down to read more on the 26 men Squad

Cymru? Is Wales Changing Their Name, Click Here To Find Out

Players To Watch Out For: The Cymru

Gareth Bale is coming to the World Cup 2022 after winning a title with LAFC. The Welsh dragon rose to fame after his skills at real Madrid were applauded by many footballers and critics as well.

Gareth Bale is one of the most capped players for the Drago0ns with 108 caps. In all his Welsh fixtures, he has scored 40 goals. He scored the lone goal in the playoff final that sent Wales to the World Cup. After the match, The Guardian opined on the occasion that “what can be said now is that nobody has ever achieved more in a Wales shirt.

Hennessey, a part of the old guard. At 35, Wales had never a better option when it came to securing the goal net. He is also one of the most capped players along with Chris and Bale. He has been the sole option for Wales until he was injured against Bulgaria in 2020. It was then Ward took his place and set off a change in the way the Welsh team worked.

However, As much it is Bale’s loner which put Wales in World Cup again, it is very important to remember the effort Wayne Hennessey showed on the field. His masterful saves helped keep the clean sheet in the final game, with purposeful disallowing of Ukrainian antics. Hennessey even took home a MOM for his efforts that night.