List of All Virat Kohli’s records as T20 captain 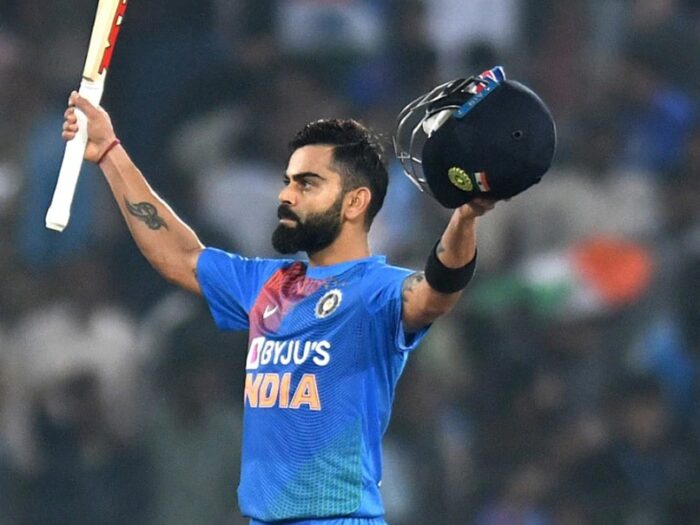 There have been many excellent cricketers from India, but few have been as dedicated as Virat Kohli. Virat Kohli, the Indian captain and batting master, finished his 13 years in international cricket on August 18, 2021. In his 13-year career, Kohli has established himself as one of the best and fittest batters in global cricket history. In T20Is, the aggressive batter has 43 ODI tonnes, 27 test tonnes, seven double hundreds, and 28 half-centuries, the most by any batsman. However, this legend just stepped down as India’s T20 captain to manage his workload. His captaincy, though, was as illustrious as his batting prowess. In T20i, Virat Kohli has a slew of records. The following are Virat Kohli’s records as T20 captain:

Kohli is the fastest batsman to reach 1000 runs as a captain. Virat achieved this feat in just 30 innings, which is quite remarkable. He is presently ranked second among captains in terms of most runs as a captain.

2. Most Half-Tons as a captain

A scoring half century in T20i’s is just like eating bread and butter for him. Virat has 12 half-centuries in T20 as a captain, which is most by any captain. He is followed by great T20 batters like Babar Azam and Aaron finch.

4. most successful Indian Captain in T20

Virat Kohli’s aggressive captaincy distinguishes him from the competition. Virat is the most successful Indian captain in T20 history, with a victory % of 64.44. He is also the world’s second-best T20 captain, trailing only Afghanistan’s Asghar Afghan.

5. 2nd most matches played by an Indian captain

Virat Kohli has been serving as a captain in T20 format for 47 matches. This puts him in second place among Indian captains in terms of matches played.