The SportsLiteSports at just one click!
HomeCricketJacques Kallis has achieved more than Sachin and Zaheer combined
CricketForever Facts

Jacques Kallis has achieved more than Sachin and Zaheer combined 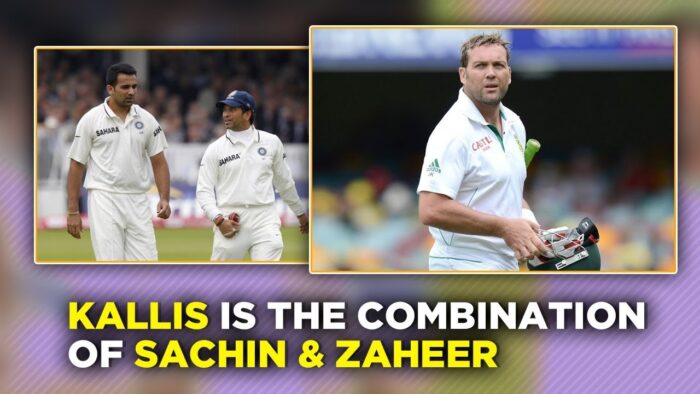 Sachin Tendulkar is the highest run-scorer in Test and ODI cricket. Come on! Everybody knows that. Zaheer Khan is the 5th highest wicket-taker in Tests for India with 311 wickets. What if I tell you there is a cricketer who has almost scored the same number of Test runs and has almost the same number of Test wickets?  The same goes for the ODIs as well. Surprised? You won’t be when you get to know his name. He is Jacques Kallis.

Everybody knows he is a world-class all-rounder. But no one looked to the numbers with this perspective.

Let’s dive deep into those stats  of Jacques Kallis

Talking about the ODI batting average, Sachin and Kallis again are at the same place. Zaheer in ODIs has picked 282 wickets and is just 9 more than what Kallis has. There isn’t much difference between the ODI bowling average of Zaheer and Kallis either.

These are really incredible stats.

Contribution matters the most

It’s not only about runs and wickets. It’s also about the effort that goes behind the scenes.

Most importantly, Kallis has contributed to the team’s success as a bowler and a batter, not once or twice but in 166 Tests and 328 ODIs.

Not the thing that the two Indians have achieved less, but numbers are testimony to who has contributed more for the team.

Ultimately, cricket is a team sport and how you contribute to the team is the thing of utmost importance.