The SportsLiteSports at just one click!
HomeCricketIndia vs England in Cricket history: When 1.25 billion praises Indian...
CricketForever FactsToday's in History 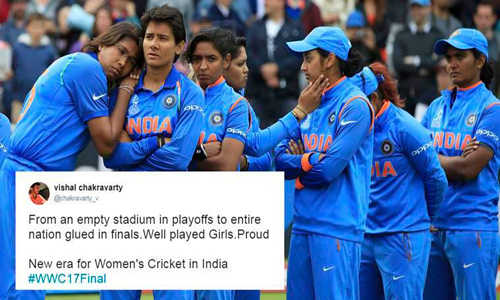 India vs England, The way Indian girls had played the tournament till the final, they had deserved to win it. But England Women were more clinical under pressure and denied Indian women from the WC glory. 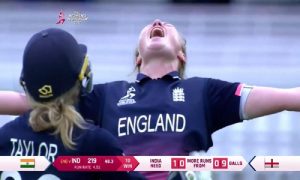 ‘Put the runs on the board in the final and pressurize the opposition’s, that’s what the old mantra says about any final. England followed the mantra and opted to bat first. England’s batting performance was more of a team game. Everybody contributed. Natalie Sciver was the highest scorer 51(68). India bowled fantastically well, though there were partnerships all over the 1st innings. Indians regulated the flow of runs and never allowed the tap to open fully. England finished the 50 overs at 228/7. Shikha Pandey had an off day, but every other bowler bowled niggardly. The veteran Jhulan Goswami utilized all her experience and took 3 wickets conceding just 23 runs in 10 overs. Poonam Yadav and Rajeshwari Gayakwad took 2-36 and 1-49 respectively. Indian bowling attack had done their job.

India from dominating position to losing the match

India vs England, The target of 229 in the WC final wasn’t going to be easy.  Team India, throughout the WC campaign, were blessed to have Smriti Mandhana as an opener. But she failed in the final on the 4th delivery she faced. Out of the blue, Mithali Raj, the captain ran herself out. She has been the backbone of Indian cricket for years and this blow did hurt India. Smriti’s opening partner, Punam Raut had played a responsible knock of 86(115).  India were 138/2 when Harmanpreet Kaur was dismissed on 51(80). Then Veda Krishnamurthy joined Punam and stitched a 53 run partnership and India were cruising at that stage on 191/3 in 42.4 overs. On the next ball, Punam was LBW by Shrubsole. This moment gave England fresh hopes and India came under tremendous pressure. From 191/3, India lost 7 wickets for 28 runs. 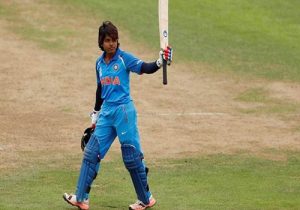 It was hara-kiri by Indian batters. England women were more used to handling the pressure and expectations at such a higher level, on the other hand, it was the very first experience for the Indian girls. Anya Shrubsole took 6 Indian wickets and was the real artist behind this victory. Others supported Anya by not releasing pressure from their end. 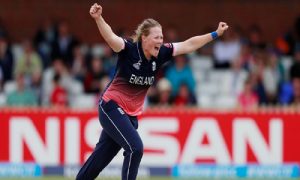 It’s absolutely frustrating to see a side like India, who had surprised everyone in the WC, played their game perfectly well, but eventually lacked the last punch which could have led them to a historical moment. England won the Final and the 4th WC Title today on 23rd July 2017 by 9 runs. Anya Shrubsole was the Player of the Match.

Look at the brighter side

However, Indian fans greeted India with lots of love and respect. Indian Team was overwhelmed by the response of Indians even after ending the tournament as runners up. Trophy or no trophy, this moment has been inspiring many young Indian girls to take sports as a profession and brighten the name of the country.

Really thanks for visiting thesportslite.com