The SportsLiteSports at just one click!
HomeFootballPortugal vs North Korea in Football history: A mystery when North...
FootballForever FactsToday's in History

Portugal vs North Korea [23rd July] in Football history: A mystery when North Korea concede five goals after scoring three in no time 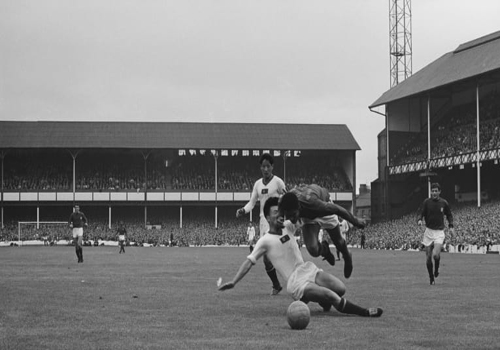 Portugal vs North Korea will always remain a memorable match of the 1996 world cup. North Korea had a productive 1966 WC. They had already given the big upset in the campaign by beating Italy by a margin of 1-0 in the final game of the group stage. They reached the quarter-final and played a draw against Portugal. 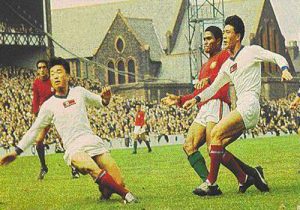 In just 25 minutes of Portugal vs North Korea, North Korea breached the Portuguese 3 times and scored 3 goals. The North Koreans had the game in their hand and the three-goal cushion perhaps relaxed them a bit. That’s where Eusébio came into the act. He scored a goal in the 27th minute and a penalty kick goal just 2 minutes before halftime which reduced the cushion to a 1 goal lead.

Probably that’s where the North Koreans lost the game. Portuguese were high on morale, while North Koreans had a setback from which they never recovered. The 53rd minute saw a hat-trick by Eusébio, in the 56th he scored another penalty and gave the first lead to Portugal. The game was done for the North Koreans, they were in trauma when an 80th-minute goal from José Augusto sealed the game for the Portuguese side. Portugal marched into the Semi-Final by beating North Koreans by 5-3.

The North Koreans had the game on their side till the 25th minute and in no time they lost the game, but what made the Korean defense that much vulnerable to concede five goals after scoring three remains to be a mystery.