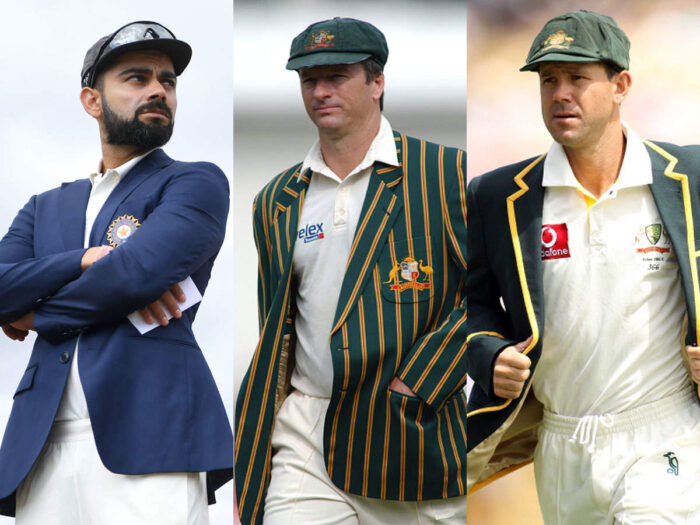 Clive Lloyd is widely regarded as the most successful captain of the West Indies. Lloyd’s ODI numbers as captain often overshadow his Test leadership savvy. But it is worth noting that he has lost only about 16 percent of the Tests he’s led, which is a commendable number. He was instrumental in the team’s rise to the apex of the cricketing world around the globe in the 1970s and 80s. Lloyd led his team to 36 victories in 74 matches with a decent win percentage of 48.64.

The only present-day player to feature in the list of top five best test captains of all time is Virat Kohli. The Indian captain Virat Kohli ascended to the fourth spot on the list after edging out England in the Lord’s Test in August 2021. An aggressive leader by nature, Virat took over the captaincy midway of India’s away Australian tour of 2014. Notably, he is already the most successful test captain of India. It would come as no wonder if he surpasses everybody to become the most successful test captain ever, given that he has a lot of cricketing years left in his satchel. One of the best all-time batters, Virat has an impressive record as test captain. Winning 38 out of the 65 matches he played as captain, Virat has a win percentage of 58.46.

The reason Australia became a dominant force in the early 2000s was Steve Waugh. His numbers as the Aussie test captain paint a beautiful picture. He is the second most successful Australian test captain, behind only Punter. Many cricket intellectuals consider him the greatest captain of the modern era. He played 57 Tests as Aussie captain and won 41 out of them with a scintillating win percentage of 71.92.

The second Aussie to feature in this list. This itself shows the dominance Australia had over world cricket. He led the Australian team during their golden era, 2004-2011. Under his captaincy, the Kangaroos did wonders and made a record of winning 16 consecutive Test matches. His team managed to dominate almost every country except India. Ponting made his 100th Test match special by scoring centuries in both innings. Amongst the major accomplishments of his captaincy career is 5-0 Ashes victory in 2006/07. He overall led Kangaroos to 48 Test wins in 77 Matches.

Graeme Smith is arguably the best Test captain of his era. He took charge at the tender age of 22 under some fragile circumstances when Shaun Pollack hung his boots back in 2003. Back then, he had the experience of merely 8 Test matches. Many felt that rookie Smith was not an ideal candidate for the captaincy. But he proved his naysayers wrong and went on to become the most successful test captain ever. Smith captained Proteas in a record 109 matches and won 53 of them. He is the only captain to win more than 50 test matches. He still holds the record of leading the team in most Tests.

Also Read: List of All Dhoni records as T20 captain