The SportsLiteSports at just one click!
HomeCouplesWho is Scottie Pippen Ex-Wife? Know all about Larsa Pippen.
Couples

Who is Scottie Pippen Ex-Wife? Know all about Larsa Pippen. 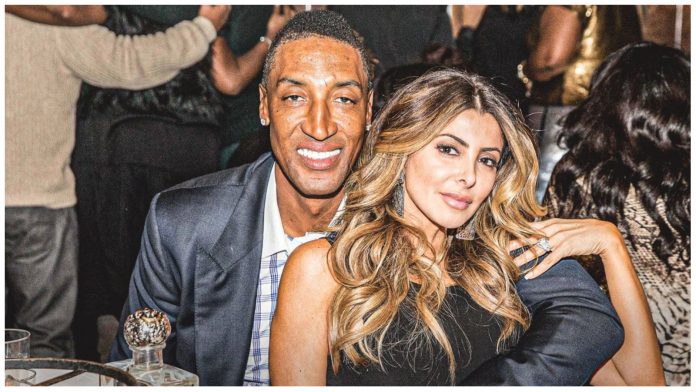 Scottie Pippen is an American former professional basketball player. He played for 17 seasons in the National Basketball Association (NBA). Pippen won 6 NBA championships with The Chicago Bulls. He is one of the greatest small forwards of all time. He along with Michael Jordan revolutionized basketball and made it very popular worldwide in the 90s. Curious to know about his personal life? Let’s read about Scottie Pippen Ex-Wife, Larsa Pippen.

Larsa Pippen is an American reality television personality, socialite, and businesswoman. She is majorly known for her part in the Television show “The Real Housewives of Miami” since it’s premiere in 2011. She is the second wife of NBA Legend Scottie Pippen.

How did Scootie and Larsa meet each other?

Scootie and Larsa met each other in 1995. The NBA star was fresh out of an engagement with Yvette De Leon, which did not lead to marriage. He was five years removed from his divorce from his first wife Karen McCollum when he met Larsa for the very first time.

Scootie was married for 12 years to his first wife Karen McCollum until they decide to part ways with each other.

Do Scottie Pippen and Larsa Pippen have kids?

In 1997, Scootie Pippen and Larsa Pippen got married to each other. This was the beginning of the Two-Decade long love story of the couple. The couple has four children: Scotty Jr, Preston, Justin, and Sophia.

Larsa Pippen practices Christianity. Her Ethnicity is Assyrian and Her nationality is American.

Larsa Pippen’s Instagram handle is @larsapippen. She has 4.6 million followers on the platform.

Larsa Pippen has a net worth of $10 million as of now. She earned the amount through her successful career in tv shows.

All you need to know about Larsa Pippen