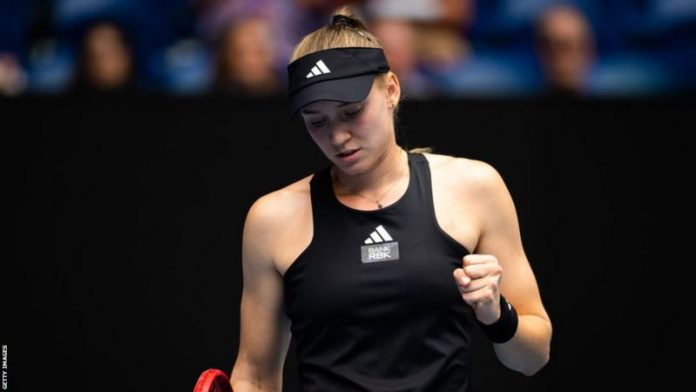 Melbourne: The first Grand Slam of the year is coming to an end. The likes of Iga Swiatek, Coco Gauff went out in earlier stages and there are four swingers left in the game. The heat is rising up in Melbourne with the Australian Open 2023 Women’s Singles Semi-final four fixed.

With a 50% chance of a new winner, Things are definitely spiced up. Scroll down to read about the Fixtures and the Round To Semifinals of the players.

Unseeded Magda Linette defeated Mayar Sharif in the first round in straight sets. The Polish player upsetted 16th seed Annett Kontaveit in the second round, 19th seed Ekaterina Alexandrova in the third round. In the fourth round, she overcame 4th seed Caroline Garcia to advance to the QFs. Magda defeated Former World No 1 Karoline Pliskova in straight sets at the Quarter Finals to reach the Australian Open 2023 Women’s Singles Semi-final.

Aryna Sabalenka is as good as an opponent can get. The fifth seed Belarussian haven’t dropped a single set in the Grand Slam. She defeated Unseeded Teresa Martincova and Shelby Rogers in the first two rounds respectively. In the third round, Aryna defeated Belgian Elise Mertens and Swiss Belinda Bencic in the fourth. At the Quarter-finals, Aryna Sabalenka defeated Donna Vekic to advance to semi-finals.

Elena Rybakina started her campaign defeating Italian Elisabetta Cocciaretto. In the second round, Rybakina eliminated Kaja Juvan and US hope Danielle Collins in the third round. Elena’s biggest upset was Iga Swiatek. Rybakina defeated the World No 1 in straight sets (4-6,4-6). In the Quarterfinals, Elena defeated the 2017 French open champion Jelena Ostapenko to set up the Semifinal clash with Azarenka

Former World No 1 and two-time Australian Open winner Viktoria Azarenka carved a magical comeback for herself. Azarenka eliminated three Americans in his pursuit of semi-finals. He defeated Sofia Kenin in the first round, Madison Keys in the third, and Jessica Pegula in the Quarterfinals. She also eliminated Nadia Podoroska in the second round, Zhu Lin in the fourth round. Also Read: Australian Open 2023 Prize Money: How Much Money Will AO Winner, Runner-Up And Others Get?

Who will move forward to the Finals?