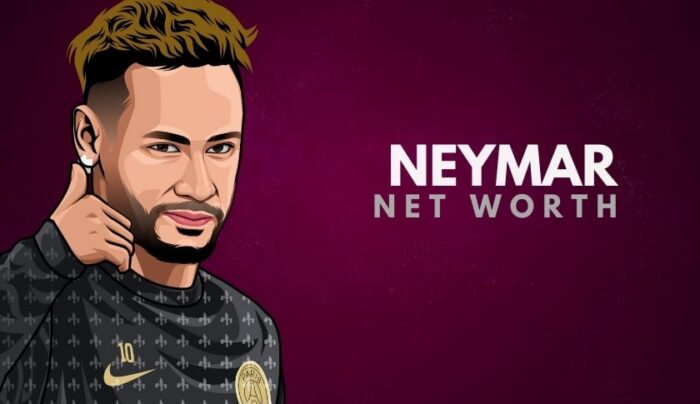 Neymar is one of the top football talents in the world and a professional football player. He plays as a striker in the French side Paris-Saint Germain and the Brazilian national team. He is also the 5th active goal scorer in the world. Neymar first started his footballing career with the Brazilian side Santos. He played for Barcelona and currently plays as a striker for Paris Saint-Germain. Let us have a look at Neymar Net Worth, Salary & Endorsements.

Neymar Jr, one of the richest footballers, and has a net worth between $185 million – $200 Million. Neymar’s talents and skills have earned him so much money and assets in his career that has pushed his net worth to a higher value. He plays for the French club Paris Saint-Germain and he has been very successful with both the club and country.

The Brazilian left-winger signed a contract with Paris Saint-Germain in 2017 that makes him earn a gigantic salary of $75 Million per year.

Outside the football world, Neymar lives a luxurious life and spends his earnings on various luxury things one of them are his car collection which has the likes of Maserati MC12, Ferrari 458 Italia, Porsche Panamera, McLaren 570s, Ferrari 458 Spider, Mercedes AMG, Audi RS7, Audi Q7.

In terms of property, Neymar owns two houses in Brazil. He also owns one in Beverly Hills, LA, and a luxury apartment in Paris.

Born in São Paulo, Brazil, he is a product of Santos FC’s youth system. On 7 March 2009, he made his professional debut at seventeen years of age and netted his first goal a week later against Oeste. In 2013 Neymar joined FC Barcelona in La Liga on an undisclosed fee. Together with South American compatriots Luis Suarez and Lionel Messi, he would go on to form history’s most fearsome trident, helping Barca dominate European football.

After his successful career at Barcelona, Neymar moved to France to sign for Paris Saint-Germain for a record-breaking €222 million, becoming the most expensive player in history.

On the international stage, he has been capped more than 100 times by Brazil and is on his way to becoming one of Brazil’s top goal scorers.