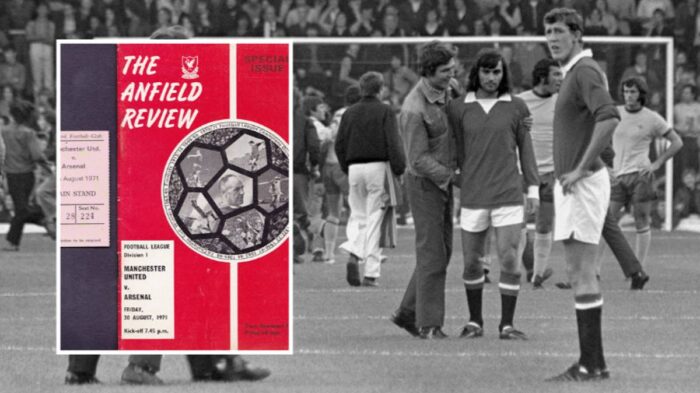 Football is all about rivalries and derbies. Teams every time in an away fixture receive abuses and slang from the fans which could break the concentration of a player. Manchester United, one of the most supported clubs in the world, has a lot of rivalries. The major one is against another team from Manchester and the next is Liverpool.

When it comes to supporting their team, Liverpool fans are the loudest and unified. But when it comes to abusing the opponents and the rivals, they become vicious and dangerous.

On 20th August 1971, Manchester United played a game at Anfield but as a home team.

Well, the club had the fans to blame. The crowd at Old Trafford, during the first two games of the 1971-72 season caused some issues and FA had to close Old Trafford.

United played in front of a 27,649 crowd at Anfield. Let me remind you,  the Red Devils played as a home team against Arsenal in the First Division fixture. United thrashed the Gunners by 3-1.

Officially it was United’s home game, but unofficially a neutral venue fixture.