The Denmark Football Team is considered as one of the teams who could be that dark horse at this World Cup. 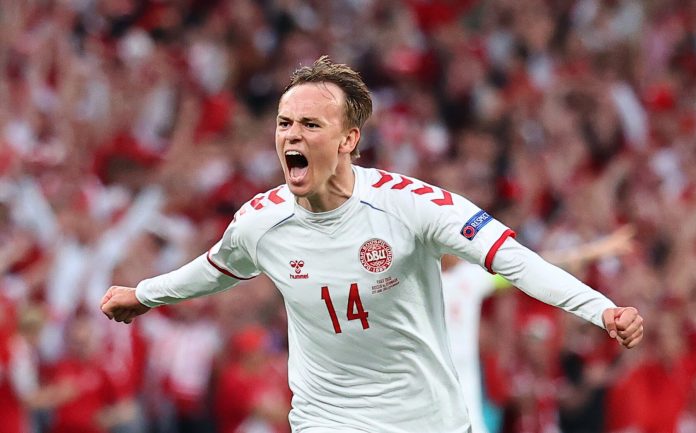 Cobbled Streets, Color-Blocked Houses, Striking Blue Canals: One could go on and on about the Scandinavian Dazzle. Denmark emerged as a nation in the tenth century alongside its current territories: the Faroe Islands and Greenland. The nation comprised of 443 islands belongs to the developed countries with high HDI.

The Danish Football Team made its mark on the globe with its victory in the 1906 Intercalated Games. Although, not a very strong contender in World Cups, The Danes have won four medals in Olympics: Silver in 1908, 1912, 1960, and a Bronze in 1948. In addition to the Olympic Victory, the team named “Danish Dynamite” won the European Championship (Euros) in 1992 and the subsequent FIFA Confederations Cup in 1995. In terms o their recent best, Denmark reached the semifinals of the 2020 Euros where England beat them in the extra time.

Denmark are drawn alongside defending champions France in Group D. In addition to France, They will play Tunisia and Australia.

The chances are that France and Denamrk are going into the R16s. Denmark is very well placed in the FIFA Men’s Ranking. They are currently at 10th while Tunisia and Australia are 30 and 38 respectively. There remains a chance that Denmark might top the group after all. France currently is shackled by woes of injuries, the latest being N’Golo Kante. Denamrk even defeated France twice at their UEFA Nations League fixture.

Tickets for the Denmark match at the World Cup

The tickets for the FIFA World Cup 2022 are on sale at the official site FIFA. The tickets are distributed based on first-come, first-served. Due to the high volume of visitors on the websites for the same, it may be difficult to manage.

Where to watch Denmark at the Qatar World Cup 2022?

The FIFA World Cup 2022 is broadcasted over different countries all over the world. The Danes can catch their favourites on TV 2 who has been FIFA Broadcaster since 2002.