As It Happened: Qatar becomes the first host nation to start the campaign with a loss 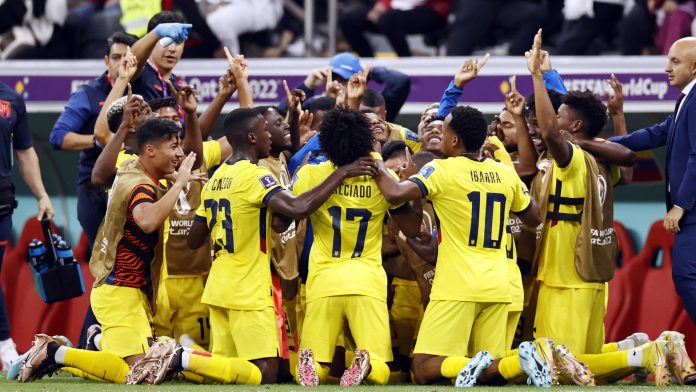 Al Khor: The host nation Qatar went down to Ecuador in the very first match of the FIFA World Cup 2022. The South Americans defeated the Maroons 2-0 in the Al Bayt Stadium in the northeastern Al Khor part of the middle eastern nation.

Ecuador took the charge early in the game. Enner Valencia took a goal in the net five minutes into the game. Although it was considered a no-goal after a VAR Review, it did a good deal of morale damage to the Qataris. The Ecuadorians were relentlessly bull horning into the Qatar goal chance after chance. In the fifteenth, The referee took out a yellow card at Al Sheeb for bringing down Valencia in the penalty box. Subsequently, he awarded the La Tri a penalty. Enner Valencia shot the ball right into the bottom-left corner to start the goal account. The first-ever instance where the first goal of a World Campaign is scored from a penalty box.

In the 33rd minute, Valencia heads the cross from Angel Preciado straight for the second goal of the night. In retaliation, Qatar attempted its first shot and failed beautifully. Ecuador played in the same fury for the remaining first half except for the two minutes of extra time when Qataris realized that the game is slipping away. The second half proved to be less interesting, with Qatar not being able to score. The Ecuadorians pressed on and defended hard to keep the clean sheet. Apart from the 45+5′ attempt by Almoez Ali, Qatar did not stand a chance against the South Americans.

Qatar and Felix Sanchez became the first host nation to lose the first game of the tournament. It seems that Qatar might follow the South African route in going out in the first round. Moises Caicedo and Enner Valencia played in exceptional form. Enner inched closer to another World Cup record: Most goals for a country in a row. The old has scored the last five goals for the La Tri. Caicedo laid the midfield like a maestro with 92% pass accuracy and over 50 touches. He also managed 2 interceptions and 2 of 3 ground duel victories.

Ecuador goes atop Group A while Qatar sinks below. The Maroons will face Senegal in their outing while La tri faces the Netherlands. On paper, Ecuador is not yet safe but they have three valuable points. Even if they manage a draw against Senegal, they can see themselves going to R16. On the other hand, Qatar will have to win their both fixtures if they need to qualify or miracles must happen.