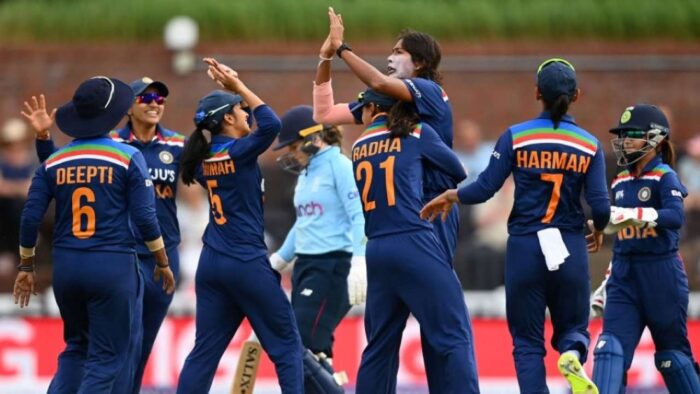 The 2nd T-20I at County Ground, Hove, really ebbed and flowed, had some nerve-wracking moments and some fun too. 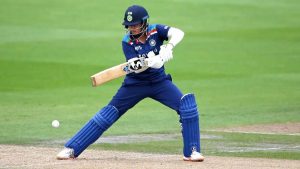 Surprisingly, England opted to bowl first. The Indian openers, Smriti Mandhana and Shefali Verma played fearless cricket. Shefali was the aggressor and in the 70 run opening partnership Shefali had the most of the strike. In the 4th overs of an innings, Shefali hit 5 consecutive boundaries to Katherine Brunt. Then Sophie Ecclestone bowled a maiden over to Shefali and England started to tighten the things. Shefali scored a dazzling 48(38), with 8 fours and 1 six.

Considering the start that India got, definitely England bowlers bowled really well. Though they couldn’t pick more than 4 wickets, they had capped the free flow of the runs. Harmanpreet 31(25) and Deepti Sharma 24(27), took India to 148 in 20 overs. Certainly, they were short of 15-20 runs. Ecclestone couldn’t pick any wickets but bowled the crucial overs economically.

From Winning position to a weird end

England didn’t get the start they would have wanted. Heather Knight and opener Tammy Beaumont rescued them from a tough situation. They were 106/2 in 13.3 overs. Beaumont was adjusted LBW and she went to the pavilion after scoring a brilliant 58(50). On the next ball, Captain Heather Knight ran himself out in a bizarre way. A new batsman, Amy Jones hit the ball straight to Deepti Sharma, the bowler. Deepti and Heather went into some tangle, the ball hit Deepti’s under the boot and knocked the bells of when Heather was out of her crease. Actually, England never recovered from that incident. In 34 runs they lost 7 wickets and finished the innings at 140/8 in overs.

Radha Yadav, Arundhati Reddy and Shikha Pandey had taken a pounding from the batters, but Poonam Yadav and Deepti Sharma did what they are famous for. Economical spells of slow and loopy balls helped the Indian to clinch a victory. Poonam Yadav took 2-17 and Deepti Sharma 1-18. England would feel they were unlucky but other than the captain’s run out, they had other two runouts in the innings, so they can blame themselves. 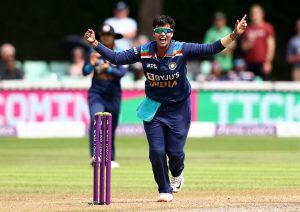 India won by 8 runs and levelled the 3 matches T-20I series. Deepti Sharma has been rewarded as Player of the Match.

Keep continue to visit TheSportsLite.com for such latest update.