The SportsLiteSports at just one click!
HomeCricketBirthday Special Ian Gould : things you need to know about funniest...
CricketForever FactsToday's in History 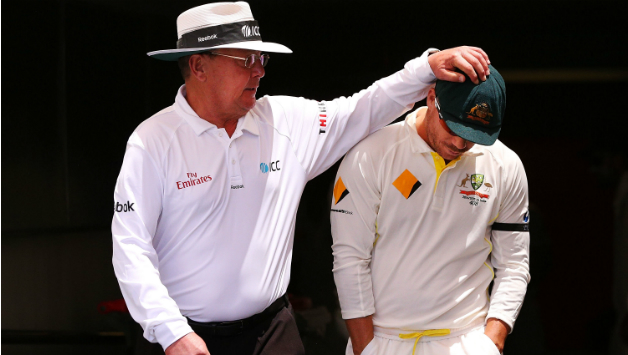 Many cricket fans know Ian Gould more as an international umpire than an English international player. He was a left-handed batsman and wicket-keeper. 19th August 1957 was the day when he was born.

Going slightly back from 1987, on 15th January 1983 he made his ODI debut against New Zealand and he was part of the 1983 World Cup squad of England who lost to India in the Semi-Final. He never got a call to represent England in the longest format of the game.

In 18 ODIs for England, he managed to get 155 runs and caused 18 dismissals behind the stumps including 3 stumpings. His batting never really blossomed in any form of the game whether ODIs, First Class or List A. He has played 298 First-Class games and as a keeper was involved in 536 catches and 67 stumpings. In 315 List A games helped bowlers with 242 catches and 37 stumpings.

More than a player he became famous for his umpiring skills. He rarely got any decision wrong and he has been famous among the players. In between the balls you would have seen Ian Gould cracking jokes with players and sometimes doing some hilarious things to entertain people. If you remember Wriddhiman Saha trying to catch the ball when it was in between the legs of Steve Smith, he was the umpire and he did see the funny side of things and laughed his heart out.

He was part of many high voltage games at the International circuit and had been the best among the business. He retired from umpiring after conducting his last match on 6th July 2019. Though he worked as an umpire in the 2020 U-19 World Cup in South Africa. He has umpired in 74 Tests, 140 ODIs, and 37 T-20IS.

English people are die-hard football fans and Ian Gould is no different. He has represented Slough Town and Arsenal youth team as a goalkeeper and hence has a nickname ‘Gunner’. Arsenal won 2 titles in that particular season, thanks to Gould’s skills with gloves.  He was also chairman of Southern Football League club Burnham for a while.

We wish Ian many returns of the day!

Ian Gould as an umpire used to carry six Bahraini Dinars to keep a close eye on the number of balls being bowled in an over.