The SportsLiteSports at just one click!
HomeCricketBest ODI Captains - Top Five Best Captains in ODI of all...
Cricket 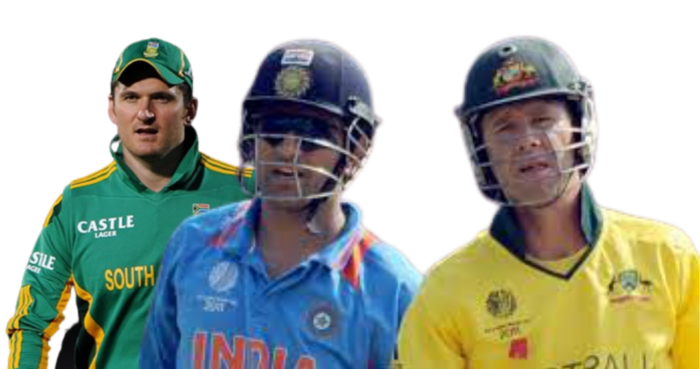 John C Maxwell has rightly said, “A leader is one who knows the way, goes the way, and shows the way”. A captain can be judged in several ways. Some captains are commemorated for bringing glory to the nation, some are remembered for showing great leadership during tumultuous times while some are remembered for starting and leaving behind a strong legacy. A captain plays an important role in the cricket field because the captain has to take decisions in the interest of the team. He has to inspire actions through proper guidance and mentorship. Today we tell you about the top five best captains of ODI. The criteria are that they must’ve led their country in at least 150 matches.

To start with, one of the most artistic batter Indian cricket has ever produced. Azharuddin took the cricketing world by storm after he scored three consecutive centuries in his first three tests. Azhar, who became the captain of the Indian ODI cricket team in 1990, has seen many ups and downs during his stint as captain for 9 years. During this, he led the team in 174 matches and made India victorious in 90 matches and the winning percentage was 54.16. Though he had an illustrious career yet he couldn’t do justice to his potential. He is that bleak star of cricket that faded before it could really shine.

Also Read: The 3 top teams with most Centuries in ODIs. Check if India stands here

In the list of most successful ODI captains, Allan Border comes in at number 4. Former Australia captain Allan Border is often regarded as one of the best captains in the history of cricket. Australia became the world champion for the first time under his captaincy. He captained the team in 178 matches and won 107 matches out of them. The win percentage under his captaincy was 61.42 percent. Border came to the scene when there was turmoil in Aussie Cricket. But he rebuilt the team and dragged them from the lowest ebb to the invincibles. The flamboyant southpaw’s importance to the game is recognized annually when the Australian Player of the Year receives the Allan Border Medal.

Graeme Smith is widely known as the youngest and most successful captain of South Africa. As captain at the age of just 22, Smith instilled new confidence in the team and boosted the morale of the team by winning big tournaments. The most successful test captain was no less in the ODIs. He led the team to 92 wins in 150 ODIs. The team’s win percentage under his leadership was 64.23 percent. Smith’s Captaincy was nothing but fearless and upfront. As a captain, he always led by example. In the 2009 Sydney Test against the mighty Aussies, he came out to bat with a broken hand. Although he couldn’t do that but he received a unanimous accolade for his dedication towards South African Cricket.

Next on the list is none other than former Indian captain MS Dhoni. Without a shadow of a doubt, he is one of the most influential captains to ever grace the game. He captained the Indian team in 200 matches, in which the team won 110 matches. Under Dhoni’s captaincy, his win percentage was 59.52 percent. Dhoni certainly didn’t have the most graceful batting and keeping style, but it never hindered him from being the best in the business. He always had a mature head on his shoulders. Dhoni garnered much praise for his clinical success in limited-overs cricket, reaching the pinnacle of his captaincy career during India’s path to glory in the 2011 World Cup. To date, he is the only Captain to lift all the major white ball ICC Trophies. He captained the ICC World ODI XI for a record five times.

The Australian legend Ricky Ponting tops the list of top five Best captains in ODI with whopping 220 wins. He became the captain of the team in the year 2002. After he became captain, the Australian cricket team only grew stronger and stronger. Punter holds the record for winning most matches as captain in the history of ODI cricket. He led Australia to two ODI World Cup wins, as well as 165 victories in 230 ODIs. He is also the first captain in the world to win more than 150 matches. Under his captaincy, the team’s win percentage was 76.14 percent. The premier batter of the Kangaroos led his team to two 50-over world cup victories, only second to achieve the feat after Clive Lloyd.