Top 10 Formula 1 Drivers Of All Time

Ayrton Senna was killed in an accident when his Williams' steering column broke during the 1994 Imola GP.

Formula 1’s given us a lot of amazing drivers since it’s inception, but, who’re the top 10 Formula 1 drivers of all time?

Well, opinions differ, but these are the top 10 F1 drivers who’ve impressed everyone who’s watched them dance their cars around the race track.

Statistics don’t tell everything in Formula 1. A driver would have 20+ wins under his belt, but that doesn’t guarantee that he has a Championship. It’s the raw speed, that natural talent, that innate passion to drive a race car as fast as humanly possible, that make a driver great.

With that being said, let’s look at the top 10 Formula 1 drivers of all time.

Starting off this list at number 10 is the legendary Italian driver, Alberto Ascari. For two seasons early on in F1, Ascari utterly dominated in Grand Prix Racing. He was the son of racing driver Antonio Ascari, who raced in 1920s.

Alberto was only seven when his father was killed while leading the 1925 French GP. As a result of his father’s death, his mother didn’t want him to pursue racing, but Alberto had already made up his mind. Alberto was the first Ferrari F1 World Champion, winning the 1952 and 1953 Championships with Ferrari.

Sadly, Alberto was killed in a car crash when he was trying out his colleague’s sports car.

At number 9 is a man who wasn’t just a great racing driver, but who also was a remarkable human being, Niki Lauda. Niki started his Grand Prix career driving for March in 1971 and 1972, but bought his way into the ageing BRM Team in 1973.

One of his best races of his career was the 1973 Monaco GP, during which he was able to hold off Ferrari’s Jacky Ickx. Although he didn’t finish the race because of a technical issue with the car, this moment was enough to firmly put him on Ferrari’s radar. Impressed by his performance, Enzo Ferrari signed him for the 1974 season, and he went on to race for Ferrari for several years, winning 2 Championships with them in 1975 and 1977. In 1976, he had a near fatal crash during the German GP.

Perhaps his greatest moment is when he decided to race after 3 weeks of his horrific crash. He also went on to win a Championship with McLaren in 1984.

At number 8 is a driver who arrived in F1 when safety was pretty much non-existent, and death was frequent. It’s the Flying Scott, Jackie Stewart.

He not only became a superstar, but also made a crusade to make F1 safer. Winning 3 World Titles, in 1969, 1971, and 1973, he was an utterly fast and smooth racing driver. Winning races for BRM, Matra, March and Tyrrel, he proved to the world that he is one of the greatest of all time.

If Formula 1 didn’t have Jackie, Formula 1 wouldn’t have been as safe as it is now.

Check Out: What Is The Cost Of F1 Cars?

At number 7 is a driver who dominated in the early 2010s, Sebastian Vettel. Sebastian Vettel made his F1 debut at the 2007 US Grand Prix for BMW Sauber, and in 2008, he got a seat at RedBull’s sister team, Toro Rosso. Winning his first GP that year, the Italian GP, he was an instant hit.

And, in 2009, he was promoted to RedBull, teaming up with Mark Webber. He went on to enjoy phenomenal success with the team, winning 4 World Titles, from 2010 to 2013.

At number 6 is a driver who was a racing genius, and perhaps the most naturally gifted driver of all time, Jim Clark.

During his GP career, he won 25 GPs, 2 World Titles, and millions of fans around the world. Jim was a shy, quiet sheep farmer, who didn’t have any ambition to be in the limelight, or to be a GP driver. His driving skills caught the attention of Colin Chapman, who was the founder of Team Lotus. Instantly impressed by his driving skills, Colin signed him to his F1 Team, and he wasn’t disappointed. Jim won both of his Championships with Lotus, but he unfortunately died in a crash in 1968, while racing his lotus.

At number 5 is a driver who’s broken numerous F1 records, and is, at the moment, the most successful F1 driver of all time. It’s the one and only, Lewis Hamilton.

Lewis made his F1 debut in 2007 for McLaren, a gamble that was made by McLaren’s boss Ron Dennis, but it’s safe to say now that his gamble paid off pretty well.

Hamilton was instantly competitive. He missed out on the 2007 Championship by just a single point, but went on to win the 2008 Championship.

In 2013, he signed for Mercedes F1 team, and went on to win 6 of his 7 Championships with them. Winning 100+ GPs and having 100+ Pole Laps, it’s hard to think if his record would ever be beaten by another driver.

At number 4 is a driver who is an absolute legend. He was the most talented and versatile racing driver that Britain’s ever had, it’s Stirling Moss.

He drove in nearly 500 races, and won an amazing 45 percent of those. Perhaps the greatest F1 driver to never win a World Championship, he was a driver who his competitors used to fear.

He’d race anything and everything. Sports Cars, Touring Cars, GTs, GP cars, and everything in between. Stirling would excel in them all. Stirling’s patriotism was such that he always used to favour driving British cars, at a time when British Cars weren’t really race winners.

The closest that he’d come to winning the Championship was in 1958, but because of the points system that year, he couldn’t win it, but his racing accolades put him on par with the great ones.

The driver who’s at number 3 on this list more than deserves to be this high on this list. Firstly, he’s won 4 World Titles and 50+ GPs, and secondly, his racecraft is probably the purest of all time. It’s Alain Prost.

Alain made his debut in 1980 for McLaren, but quickly changed teams after a year, and went to Renault.

There, he enjoyed a lot of success and almost won a title with them as well, but when he went back to McLaren in 1984, that’s when he truly began to shine.

“Le Professeur”, as he was called, is truly one of the greatest of all time, and he fully deserves his spot here.

Know more: F1 vs f2 vs F3 | What is Formula-Racing? | Difference between Formula One, Formula Two, and Formula Three Racing

Who would have thought in 1991 that this German, who made his debut for Jordan, would go on to become one of the greatest drivers ever to live? 7 Championships, 90+ race victories, dozens of pole position laps.

Coming from a humble background, Michael had never thought that hr would go in to race in Formula 1 as he had no money, but God had other plans for him, and he did race in Formula 1, for Benetton, Ferrari and Mercedes.

The stats: 65 pole positions, 41 wins, 3 world championships, tell us a lot about the racing genius that Ayrton was. Ayrton was almost a mystic, he was very, very, very intense, and he actually believed that he had a God given right to win.

Making his GP debut for the uncompetitive Toleman Team in 1984, he then moved to Lotus for 1985, and raced for them until the end of 1987. After that, he signed with McLaren, and he won all of his championships with them as well.

Sadly, he was killed in a race crash during the 1994 San Marino GP. He’s dead now, yes, but he’ll never be forgotten.

The difference between him and other drivers is that, although those other drivers were spectacular a number of times when they drove, Senna, on the other hand, was spectacular every single time he got inside a racing car.

Who’re the top 10 Formula 1 drivers of all time in your opinion? 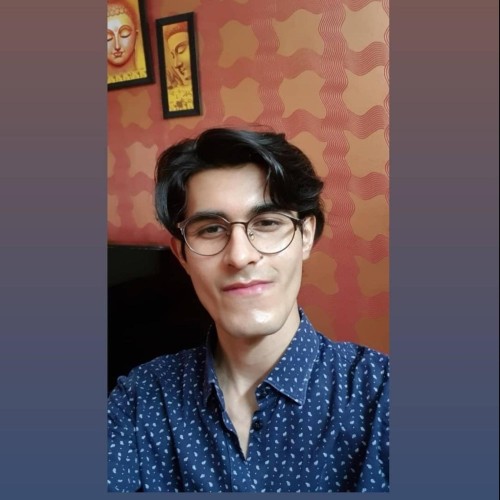 2022 French GP: Takeaways From The Race

2022 Austrian GP: Takeaways From The Race

2022 British GP: Takeaways From The Race

2022 Canadian GP: Takeaways From The Race

2022 Azerbaijan GP: Takeaways From The Race