Top Five Assists of all Time in iSL 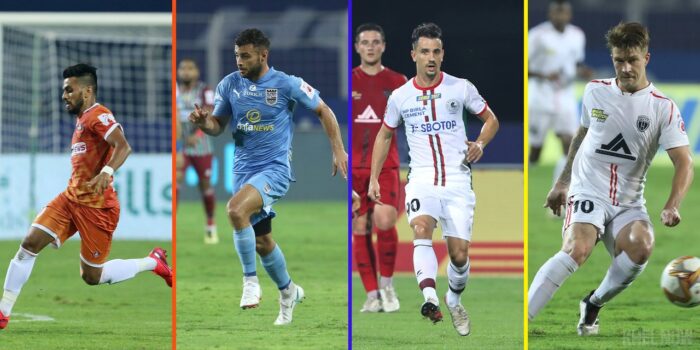 The Indian super league has steadily become the focal point of Indian football. The sheer quality of football and players that have come to attention in just a handful of years of its existence has been nothing short of marvelous. So let us have a look at the Top Five Assists Of All Time In ISL.

Here is the list of top assists of all time –

Completing two combined stellar seasons for ATK and ATK Mohun Bagan. The lethal forward is a player to fear on the pitch. The Fiji international played for a host of clubs in New Zealand and Australia, before arriving in India to set the league on fire. He finished as the highest scorer in his inaugural season for ATK. He has 24  assists during his time in ISL.

A U-19 Euros winner with Spain, he appeared for a host of the first division and second division Spanish clubs including Espanyol, Osasuna, Girona, and Elche. It was not until 2017 that he made his move to ISL, to Goa. He has an impressive goal record and assists figures. He has 16 assists.

The Brazilian winger can be deployed on both flanks. It suits his style of play, to run into empty spaces, to create opportunities. He won the Indian Super League golden boot in 2016, and he never runs out of service to provide to the forwards. He has 18 assists to his name.

Read More: List Of Players With Most Appearances In Indian Super League

The 27-year-old Goanese made his debut for the Indian National Team in 2019. He played for a handful number of clubs like Sporting Goa, Mumbai City, a loan spell at Mohun Bagan. Before coming to ISL side FC Goa in 2017, and cementing his spot and reputation in the club. He comes at second with also 18.

A number 10 for ATK Mohun Bagan in the upcoming season. Boumous frequently put up stunning displays through the midfield and then makes surges forward. He is a consecutive winner of ISL in the 2019-20 and 2020-21 seasons. While also snapping up the Golden Ball in 2019-20. Topping the list he has 24 assists.

Also Check: Who won most Ballon D’or: Messi or Ronaldo