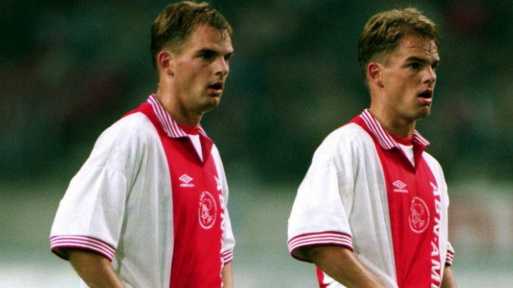 The relationships between players are sometimes like brothers but some brothers end up being the same blood playing for the same team. Twins and siblings representing the same team or playing against each other is an exciting moment to watch. We have seen numerous legacies passing down the generation and some players being able to share this feeling with their siblings is such a blessing. So take a look at our list of famous brother-pairs in European Football.

Mario Götze does sound familiar to a lot of people and many people remember him for his goal against Argentina in the 2014 World Cup final or for his contributions in Bayern Munich and Borussia Dortmund. But this German international has 2 more siblings playing football on a professional level.

His older brother, Fabian Götze is not as successful as his brother Mario but he has his share of game time for the reserve teams of Borussia Dortmund and Mainz 05 and Mario’s younger brother Felix Götze started his footballing career with the reserve team of Bayern, and now he plays for Augsburg.

Though they are siblings, their playing style is much more different compared to each other, Mario mostly plays on the top half of the field as an attacking midfielder or forward, whereas Fabian plays as a left-back and Felix as a center-back. Out of the three, only Mario Götze was able to stand out because of his talents.

Both started in LA Liga with the youth team of Barcelona and made their way to the first team. Thiago mainly plays as a central midfielder and Rafinha as an attacking midfielder and both of them have the magical flare and touch on their feet.

Thiago left for Bayern Munich in 2013, now playing for Liverpool FC while his brother stayed back with Barcelona but soon found himself falling down the pecking order and decided to move on to other teams, currently playing for PSG.

The siblings have gone on different routes in terms of the National Team. Thiago plays for Spain while his brother represents Brazil.

Toni Kroos, a name that everybody knows who is also dubbed as the “Sniper” because of his long-range finishes and pinpoint passes. Kroos has played for Bayern Munich and Real Madrid and is also a World Cup winner with Germany in 2014.

However, Toni Kroos has a younger brother, Felix Kroos who is also a professional footballer and is carving his name in the game.

Just like Toni, Felix also started his career with Hansa Rostock playing as a central midfielder and rose the ranks and he was signed up by Werder Bremen in 2010. The 30-year-old currently plays for Eintracht Braunschweig in Germany.

Touré brothers both are popular figures in the world of football, the Ivorian brothers both have successful spells in the premier league.

The Hazard brothers are an asset to the Belgian National side. Eden and Thorgan Hazard have already played together for the national team and all 3 brothers are having successful careers in top leagues around Europe.

Eden Hazard is now playing for Real Madrid who is the oldest and the better player out of the 3. Thorgan Hazard has been playing for Borussia Monchengladbach for quite some seasons and on the other hand, Kylian is with Chelsea, the former club of Eden Hazard.

The De Boer twins have shared most of their career playing together for the same teams and also representing the national side throughout their career. Which is quite a rare sight indeed.

Both brothers played at different positions as Ronald De Boer was a Forward while his twin Frank was a defender. Playing for Ajax at the beginning of their career. The De Boer twins were astonishingly successful with the club winning 5 Eredivisie titles and a Champions League. Followed by their spells together at Barcelona, Rangers, Al-Rayyan, and Al-Shamal.