The SportsLiteSports at just one click!
HomeCricketPakistan in dismay after 2nd consecutive defeats against England
Cricket

Pakistan in dismay after 2nd consecutive defeats against England 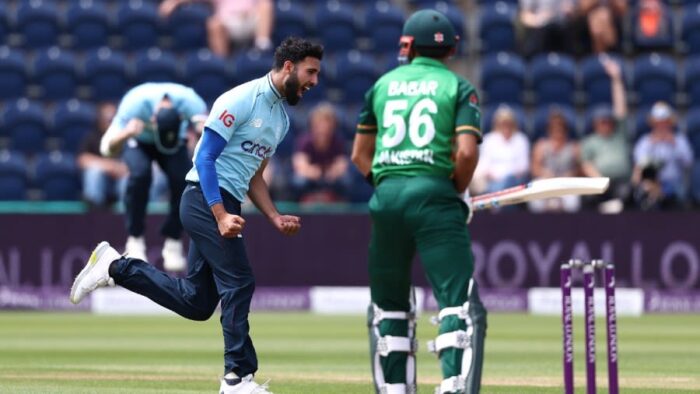 The two matches that have had happened so far are enough to tell the quality of England’s B team and the condition of Pakistan as a cricketing nation.

A target of 248 in 47 overs was a tricky one, but was a possible one, considering the experience factor of both the teams.  But England’s B team proved to be far more equipped, they dominated the game thoroughly and won it very convincingly.

Chasing 248, Pakistan got to a really poor start. Saud Shakeel tried his best, scoring 55 from 77. But he ran out of partners at regular intervals, so he couldn’t actually up the ante. The lower middle-order tried but went into the pavilion after scoring few runs. Pakistan bowled out on 195 in 41 overs.

Saqib Mahmood really set the game for England. He bowled with metronomic accuracy. Just look at the figures of Saqib, 8-0-21-2. At one stage, he had 4 slips looking for an edge. How many times have you seen 4 slips in an ODI? Certainly not many times.

His opening partner with the new ball, Lewis Gregory also bowled exceedingly well and took 3-44. Matthew Parkinson, the leggie, was hit cruelly by Hasan Ali for 3 sixes, but still, Parkinson’s figures are quite good with 2 wickets for 42 runs. Craig Overton picked 2 and Carse one. 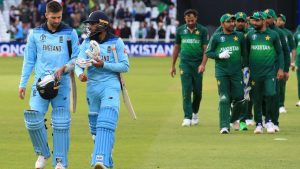 Earlier, in the England innings, they were in some sort of trouble on 21/2. But a 97 run partnership between James Vince and Philip Salt took the team to a good position. Both scored at a good clip, Salt 60(54) and Vince 56(52). Lewis Gregory and Brydan Carse scored valuable 40 and 31 runs respectively which helped England to post a respectable total on the board.

Hasan Ali picked 5/51 and has written his name on the Honors’ board of Lord’s. Shaheen Afridi, Shadab Khan and Saul Shakeel picked one each, while Haris Rauf took 2/54. 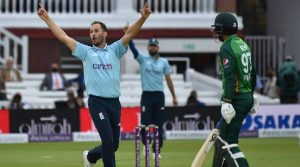 Hasan Ali’s performance wasn’t quite supported by the batting of Pakistan and they lost the 2nd ODI by 52 runs. Lewis Gregory has been awarded as Player of the Match. England is 2-0 up in the 3-match series.