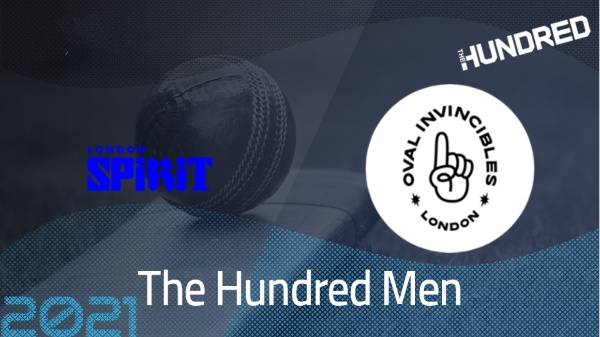 This is the first match of our Sunday doubleheader and it is London Spirit who will be taking on Oval Invincibles at Lord’s.  After losing their first game against Phoenix, Morgan and his team will be keen to register their 1st win in The Hundred. While on the other end, Invincibles had a winning start and they will look to keep on the winning streak early in the tournament.

Find out our picks for the Dream11 Fantasy Prediction for today’s first men’s match between London Spirit and Oval Invincibles:

Sam Billings (OVI): Billings was a leading scorer in their first match and did well to grab some fantasy points in the bag. Invincibles will expect him to continue his form and make useful runs in the slog overs.

Josh Inglis (LNS) (VC): The Australian Wicket-Keeper didn’t have the best of the start in the tournament but he is very threatening for any opposition on his given day. We expect him to have that big inning today and would also recommend having him as VC in the fantasy team.

Joe Denly (LNS): Denly is a very healthy top-order batsman and carries an ability to score big for his team. He also has some leggie in his bag to deliver if the team requires it.

Jason Roy (OVI) (C): Jason has been in some good form in recent times and often gives a big start to his team. It will be a good contest to watch when he will face Md. Amir today. Roy is our pick for the captain in today’s match as we expect him to convert his start into a big score today.

Zack Crawley (LNS): Despite the team’s loss, Crawley had a great match the other day and was also adjudged man of the match for his 64. He will be our third batter alongside Denly and Roy.

Sunil Narine (OVI): With the captain allowing him to bat up the order, he becomes the must pick in the fantasy team with his quick scoring ability which helps to grab good points. Also, there are no questions about his bowling abilities. So Narine would be our first pick in the all-rounder’s category.

have a happy day ahead 🙂