The SportsLiteSports at just one click!
HomeCricketAUS vs WI: Five times champion Australia beaten by WI in 3rd...
Cricket 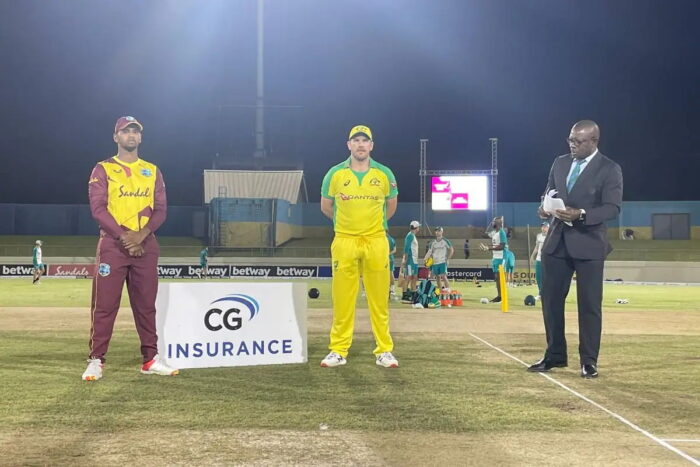 Australia once again dominated by West Indies in 3rd T-20

The 5 times world champions, Australia are finding tough times in a 5-match T-20 series in WI against WI. They have already been beaten by T-20 specialist WI in the previous 2 T-20s and the same story continues in the 3rd  game as well.

Australia’ struggles for some quick runs 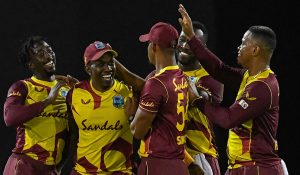 Australia won the toss and opted to bat first. 41 runs in 4.5 overs was a good start, but Wade fell to take control of the match, he was cleaned by McCoy on 23(16). Finch scored run a ball 30. At no point in the innings, Australia could score at a fair clip. Alex Carey’s 144 strike rate only lasted for 9 balls. Moises Henriques 33(29) and Ashton Turner 24(22), helped Australia to post a decent total of 141/6 in 20 overs. Heyden Walsh was the pick of the bowlers, taking 2 wickets for just 18 runs. 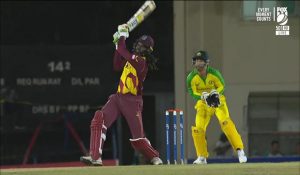 Early wickets did give Australia some hopes, but Gayle crushed the hopes by scoring 67 from just 38 balls with 4 fours and 7 maximums. Nicholas Pooran played a mature inning of unbeaten 32 from 27 which took WI to a very convincing victory over the mighty Aussies. 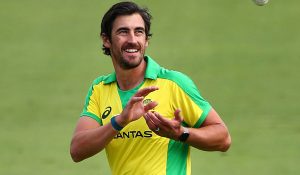 Every Aussie bowler was on the receiving end, except Mitchell Strarc. The figure of 4-0-15-1 at an economy of 3.80, really speaks volumes about how well he has bowled, but other bowlers couldn’t support him and WI won the 3rd match by 6 wickets.

Though WI has already won the series, still there are 2 more matches to be played.  Australia have a lot to prove, let’s see whether they prove it or the WI continues their top-class performance.