Sheriff F.C invites The Impressive Manchester United in the ground of Zimbru stadium. 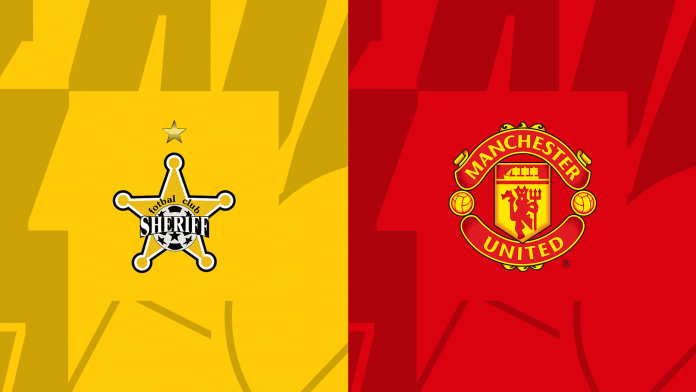 Welcome you all to  Europa League matchday 2 where Sheriff FC invites Manchester United On the ground of Zimbru Stadium.

Recently Manchester United has staged itself in a pre-eminent situation and executed with a quality playstyle against the top teams, leaving the previous game, they really had an unlucky fortune for scoring a single goal. Still, it doesn’t elucidate the Manchester United campaign because they have been an iconic team for a very long time and they just need to concern over little things like their midfield where they are a bit weak which makes the whole possession thing goes to nothing. Cristiano Ronaldo’s position in the team also makes the situation that who is the main striker for The Red Devils because Rashford has been a great help for the team by scoring some really crucial goals and the credit should be there for him for making his team get back in the saddle.

The sheriff has been playing sensational games from the start and also winning the first game of their Europa League journey against Omonia Nocosia will surely give them the confidence to stand face to face against The Red Devils. They are just not winning the match they are winning by scoring high goals which show the momentum of the team. The upfront players are banging the nets and can be a real challenge for Manchester United defenders.

Viewers can watch this match on TVchannel BT Sport 2 and live stream on the BT Sport app for the subscribers.

They are going head to head for the first time and both the teams are unaware of the ground play against each other. Both the teams will surely look to make something better out of this but the sheriff has a great reputation for giving surprises as they did in UEFA Champions League 2021 where they defeated all-time favorite Real Madrid by 2-1 which was way shocking for anyone to watch. Manchester United will not be taking this match as a piece of cake and an interesting match will be observed by fans.

The bookies are putting at 6/4 on a 2-1 win for Manchester United.

Manchester United vs Sheriff F.C: Players to watch out

A very big personality but not just the right moments he is having. This season for Cristiano Ronaldo is just bizarre and nothing is going in his way but we think he will be bouncing real soon and that magic can happen right today as we all know how Ronaldo plays and how he comes back is just remarkable. After losing the first two matches, Erik Ten Hag just switched the striker place and put Rashford instead of Ronaldo, and by God,’s will it did work and United was unbeaten for 4 matches and that’s how Cristiano was washed away by just playing for last 20 mins in past matches. Ronaldo has never pictured himself in Europa League but he just needs to make it up to the 2023 transfer window for getting a better opportunity and a suitable team for him.

This Nigerian footballer who plays Left winger for Sheriff is bursting in every league he plays. We see a great player in making. Ibrahim has ensured his spot as an attacker for his team and why not, we can see his delivery by scoring 5 goals and making 1 crucial assist. Manchester United defenders need to give more attention to this player because of his pace and making forward runs. He can be a spotlight for this match and surprise the opponent with his skills.

Manchester United vs Sheriff F.C:  Who is going to Win this match

Manchester United four-win streak has broken and a real battle starts here because Sherif is a team who beats the big team out of nowhere and are unbeaten for last eight games and also they are playing in their home ground so Manchester United need to just pull out some heavy performance to feel victory moments again. The Red Devils’ midfield is the biggest problem and if they want to win then the midfield players have to perform really well to make that important pass for the forward to score some goals.

We predict Manchester United to win this match. They will have to work hard but this type of game is the one that will make them push their limits.