The SportsLiteSports at just one click!
HomeCouplesWho is Nelson Agholor Girlfriend? Let’s know all about Viviana Volpicelli
Couples

Who is Nelson Agholor Girlfriend? Let’s know all about Viviana Volpicelli 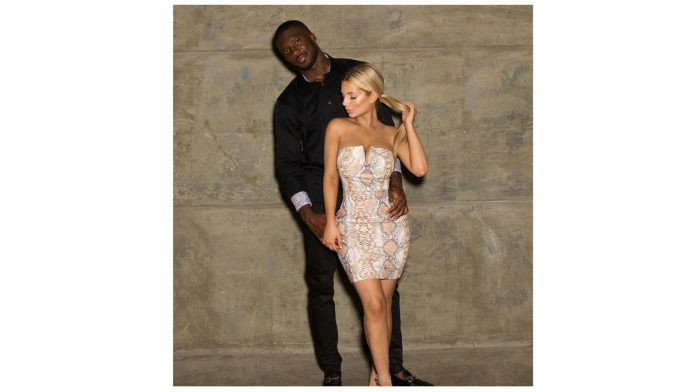 Nelson Agholor is a Nigerian-American football wide receiver. He currently plays in the National Football League(NFL) for the New England Patriots. He has previously played for the Philadelphia Eagles(2015-2019) and Las Vegas Raiders(2020) in the NFL. Agholor is also known for his ability to navigate in public with the ball in his hands and is quite rapid on the field. In His 3rd season with the Philadelphia Eagles, he won the Super Bowl Championship in the year 2017. Curious to know more about his personal life? Let’s read about Nelson Agholor Girlfriend, Viviana Volpicelli.

Vivian Volpicelli was born in Palos Verdes to his father Anton and his mother Dian. Her father is a doctor while her mother is a realtor. Viviana is Italian. She is a successful model and a blogger. Viviana attended Palos Verdes High School and later joined the University of Southern California in 2013 where she studied Real Estate Development up to 2017. She has her website vivianavolpicelli.com where she gives tips on beauty, skin care, and fashion to her followers. Also Read– Who is Colby Covington Girlfriend? Know all about Polyana Viana

How did Viviana Volpicelli and Nelson Agholor meet?

Viviana and Nelson met each other for the first time at the University of California while he was part of the University’s team, The USC Trojans. The couple was friends for a very long time until they decided to take their friendship to the next level. They started dating in 2017. They made it official by posting beautiful pictures together on social media.

Do Nelson Agholor and Viviana Volpicelli have kids?

No, Nelson and Viviana do not have a kid yet. The couple is happily dating each other right and is in no rush to have a kid.

Viviana Volpicelli’s Instagram handle is @viviana_volpicelli. She has a massive following of 202k on the platform.

Viviana Volpicelli has a net worth of $750k as of now. She earns the amount through her successful career as a model and her website as well. Also Read– Carson Wentz Net Worth, Salary, Endorsements, Houses and Charity.

All you need to know about Viviana Volpicelli