FC Zurich just a step away for the next round 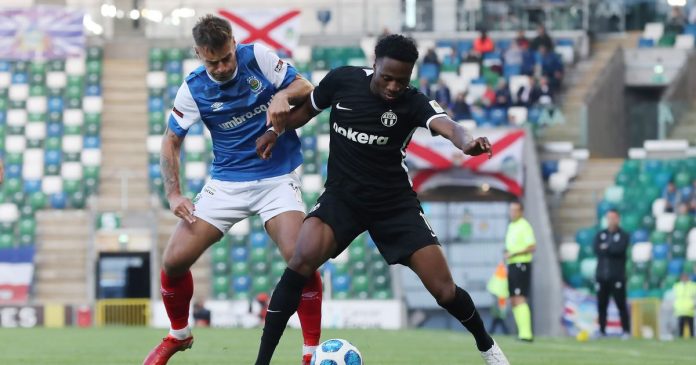 In this match, FC Zurich will host Linfield at their home stadium ‘Stadion Letzigrund’. FC Zurich has an advantage of 2 goals as, in the first leg between these two teams, FC Zurich beat Linfield with 2 goals to nil. It will be a difficult task for the away side to overcome their 2 goals deficit and qualify for the next round.

FC Zurich vs Linfield Broadcast details: Where to watch the live match?

The two teams have locked horns only once before which was in the first leg of the Europa League. In the first leg, FC Zurich defeated Linfield 0-2.

FC Zurich’s central attacking midfielder is a key player for his team. Antonio Marchesano ended the last season with 13 goals and 6 assits being the 2nd top goal scorer and 3rd top assist provider of his team.

FC Zurich’s winger is running on a fine form. Wilfried Gnonto helped his side in the first leg to claim the victory by scoring a goal. He bagged 8 goals last season.

FC Zurich’s central midfielder Cheick Conde is playing wonderful football. He is helping his team in midfield massively. Conde scored in the last leg which led his side to the victory ultimately having an advantage in the 2nd leg.

FC Zurich vs Linfield: Prediction: Who will win this match?

10th in the Super League

Northern Ireland Premiership not yet started