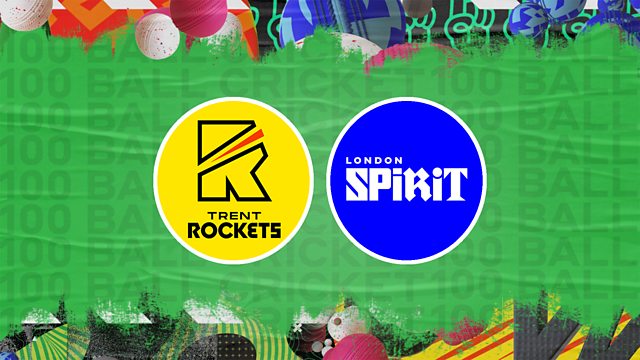 The 20th Match of The Hundred Men’s Competition 2022 will be played on 20 August 2022. It will be played between Trent Rockets and London Spirit. London Spirit is the only unbeaten side this season. In contrast, Trent Rockets has won 4 games out of 5. In this article, we will provide TRT vs LNS Dream11 Prediction, Captain & Vice-Captain, Fantasy Cricket Tips, Head-to-head, Playing XI, Pitch Report, Weather, and other updates.

Know About: INDIA VS PAKISTAN IN WORLD CUPS

Trent Bridge has witnessed high-scoring games so far. Both teams have strong batting lineups so we can expect a high-scoring affair.

The weather forecast will be Partly Cloudy. The temperature will be around 18 to 22 degrees.

London Spirit All-Rounder Glenn Maxwell has left the team due to national duty. Several Australian players have left their respective teams as Australia will play the ODI series with Zimbabwe.

In the last encounter between these two teams, Trent Rockets won by 7 runs. It was a low-scoring thriller.

Also Read: Shaheen Shah Afridi ruled out of the upcoming Asia Cup due to a knee injury

Trent Rockets batter Dawid Malan has scored 241 runs from 5 innings so far. So Dawid Malan will be the top pick for your fantasy team.

Trent Rockets All-Rounder Samit Patel has picked 6 wickets so far. Samit Patel will be a great addition to your fantasy team.

TRT vs LNS Dream11 Prediction: Who Will Win?

London Spirit has won 4 matches so far. Whereas Trent Rockets has won 4 games too from 5 games. Both teams will be aiming to get 5th victory of the season. London Spirit will win this match.